Eagles’ A.J. Brown says he isn’t a ‘diva’ on the sidelines after being visibly frustrated in win

Eagles wide receiver A.J. Brown says that he isn’t a ‘diva’ on the sidelines after being visibly frustrated during the win over the Giants… but adds ‘of course I want the ball’

By Jake Fenner For Dailymail.Com

Philadelphia Eagles wide receiver A.J. Brown shared an insight into his mentality after he was seen visibly frustrated on the sidelines during a win over the New York Giants last weekend.

Brown shared that his competitive nature leads him to want to make big plays – even in the middle of lopsided games like last weekend’s win.

‘They throw the ball to me 100 times, I’m going to want it 101 times,’ Brown said. ‘Me personally, I just feel like I can change the game at any moment.

‘Getting the ball often keeps you going, keeps you in a rhythm. It definitely puts you in a zone; you’re locked in. Of course I want the ball.’ 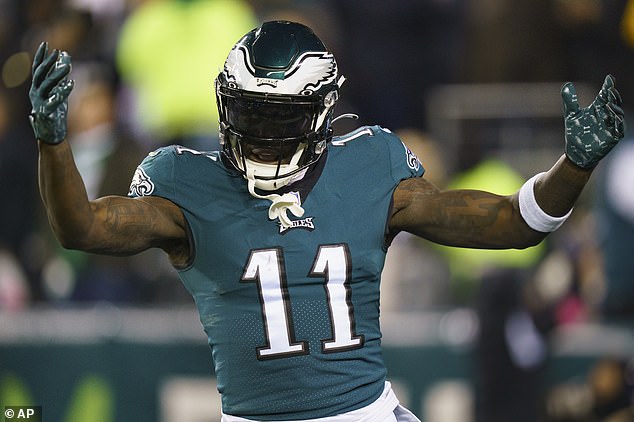 ‘I think that’s what you could describe as a diva, but I’m not that person.

‘I’m a guy who goes up and talks to the quarterback and talk to the [offensive coordinator] and do it that way.

‘I’m not a guy that’s going to cause commotion on the sideline. That’s not who I am. I’ll never be that guy.’ 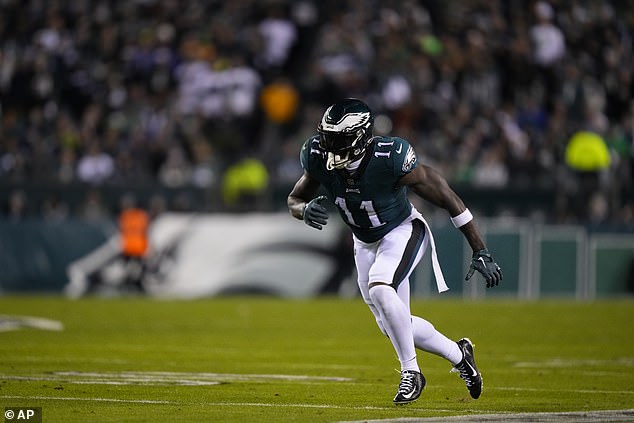 Brown was targeted six times, catching the ball three times, for 22 yards in the win Sunday

Eagles head coach Nick Sirianni defended his player and his mentality, saying that it’s just a part of being a competitive athlete.

‘Of course he’s always going to want the ball. He’s a really good player,’ Sirianni said Monday. ‘Not really anybody in the pass game really got a lot of targets or a lot of opportunities because we were running the ball so well.

Brown was targeted six times against the Giants, grabbing three catches for 22 yards and no touchdowns.

The Eagles host the San Francisco 49ers in the NFC Championship game this Sunday afternoon in Philadelphia.

LA Council Votes for Relocation Assistance for Tenants After…

Review: HomePod fills the room but is best for Apple Music…