By Mail on Sunday Reporter

A quarter of Britons wake up feeling groggy every day, according to a new poll.

More than half regularly press ‘snooze’ on their alarm because they struggle to wake up.

The YouGov survey of 2,000 Britons, commissioned by tech firm Sleepwave, also revealed differences in tiredness between the ages.

The survey suggested that a third of 25- to 44-year-olds snooze every day, more than any other age group.

Cancer patients blighted by swollen limbs can benefit from a new scan that predicts if treatment to reduce the swelling is likely to work.

Some 400,000 people suffer from lymphoedema – where fluid collects in parts of the body.

Most cases are due to cancers damaging the lymph nodes – nodules that filter fluids to break down waste products. 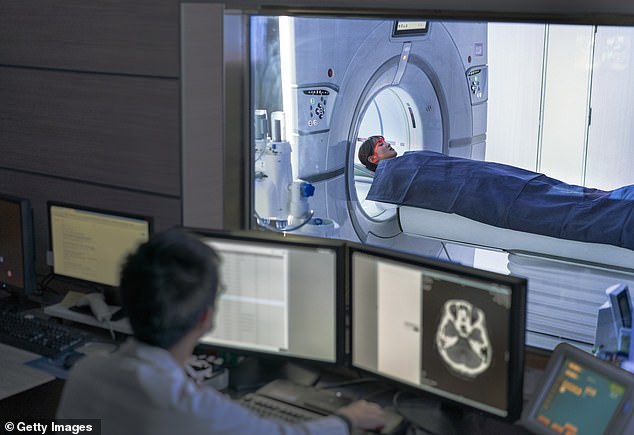 Excess fluid can be drained from the node during surgery. But fatty deposits in the nodes can make it impossible to drain, and current scans do not differentiate between fat and fluid.

The new tool – Dixon sequencing MRI – produces a ‘map’ that shows distribution of fat and water.

Plastic surgeon Professor Dominic Furniss said the scan, which has been pioneered by The Oxford Lymphoedema Practice, helps doctors predict surgical results ‘with a high degree of accuracy’.

Hospital patients are being given antibiotics for twice as long as usual to protect them from deadly infections.

Abdominal infections after surgery are the leading cause of sepsis – and one patient in ten does not survive.

Usually, patients are given short courses of antibiotics to combat antibiotic resistance. But in one in five cases, the antibiotics fail to eradicate the bacteria, potentially resulting in sepsis.

Doctors at Leeds Teaching Hospitals Trust will give patients antibiotics for 28 days and compare their outcomes to another group on standard treatment.

British smokers are puffing on 26 fewer cigarettes every month, on average, due to the cost-of-living crisis.

Eight in ten of a sample of 1,000 smokers said they had cut down to save money. Five per cent had quit.

A pack of 20 cigarettes costs an average of £12.67, according to a recent report. With the average British smoker lighting up 20 times a day, that can add up to about £390 a month.

Fiona knocks out power and washes away homes in Atlantic Canada

Convertible sales fall in U.S. amid popularity of EVs, SUVs

‘We kind of lost track’: how Sam Bankman-Fried blurred lines…

Driving on the Left Side of the Road in New Zealand,…

Alec Baldwin’s wife Hilaria says they are ‘not…

Things Costco Shoppers Should Never Do, From Member of 10…

Economists Think They Can See Recession Coming—for a Change

The Prince of Wales shares behind the scenes snaps as he…

The 4-day week: does it actually work?

TV tonight: a terrified Richard Branson made this film in…

Boris Johnson was convinced his dog Dilyn caught Covid and…