How town centres have seen 2,000 more cafés, and 350 tattoo studios open in two years since Covid

Since the Covid pandemic forced businesses to close in March 2020, Britain’s High Streets have become increasingly dominated by hairdressers, tattoo parlours and cafés.

While the likes of department stores, clothes shops and banks have seen significant drops in numbers following the two years of lockdowns and trading restrictions.

The changing composition of Britain’s High Street’s has been revealed in analysis by the BBC based on data from Ordnance Survey.

Between March 2022 and March 2020 there was a decrease of 9,300 retail outlets  as shoppers decided to use online stores.

The data also shows that Britain’s High Streets are becoming places where people do things rather than buy things – as highlighted by a large rise in the number beauty salons and cafés.

The number of clothes shops operating in Britain is down 4,300 since March 2020 and there are more than 800 fewer High Street banks.

Data from Ordnance Survey shows how Britain’s High Streets have changed since March 2020, with a massive decrease in the number of department stores and clothing shops 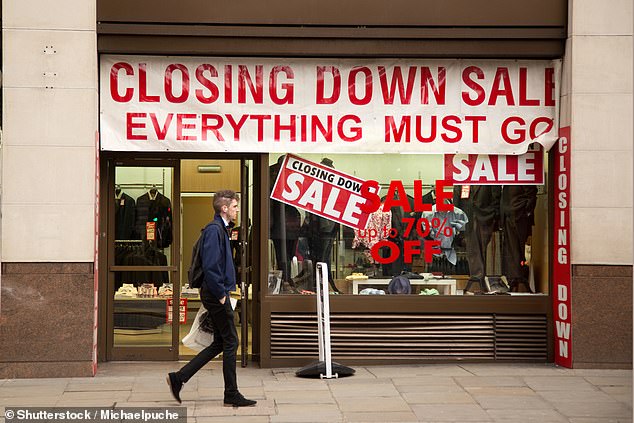 Since the Covid pandemic forced businesses to close in March 2020, Britain’s High Streets have become increasingly dominated by hairdressers and cafés, data shows 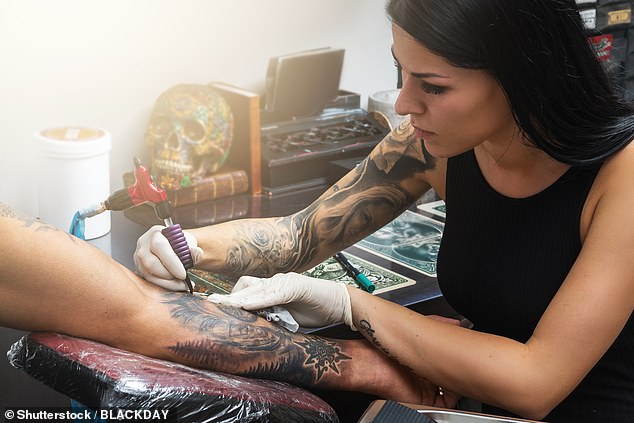 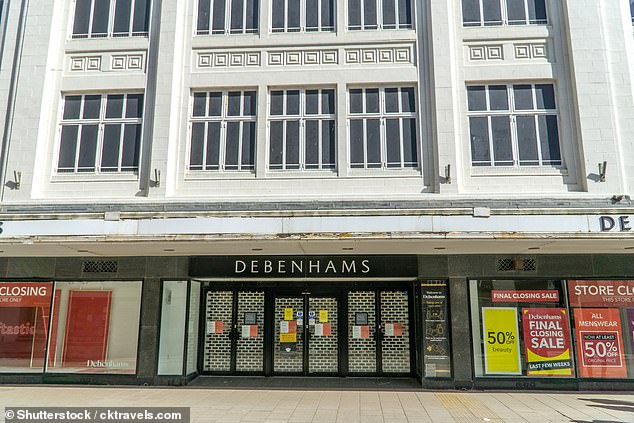 BBC’s analysis showed that the make-up of British cities has been changing dramatically – central Glasgow now has more beauty services than pubs, 224 to 215.

Across Britain there was a 2.9 per cent decrease in retail, a 2.6 per cent drop in fish and chip shops but a 3.8 per cent increase in eating and drinking.

The tough economic times ahead may see the average British High Street change even more drastically.

‘Investors are nervous right now in the difficult economic environment. Companies are also receiving no relief from rising business rates, which puts many high street businesses in danger,’ she said.

‘We expect to see the continuation of these difficulties into 2023. As the strain continues to mount, smaller and struggling retailers will be snapped up by larger brands (e.g. Next acquiring Made) or fall into administration. The market will diverge between success stories and those that cannot sustain the weight of the mounting cost of doing business.

‘Retailers will need to take decisive action to lean into their existing proposition and strip back operational overheads or diversify beyond retail to generate new revenue streams. Sadly, we anticipate that more retailers are likely to fall victim to the intense economic pressures.’ 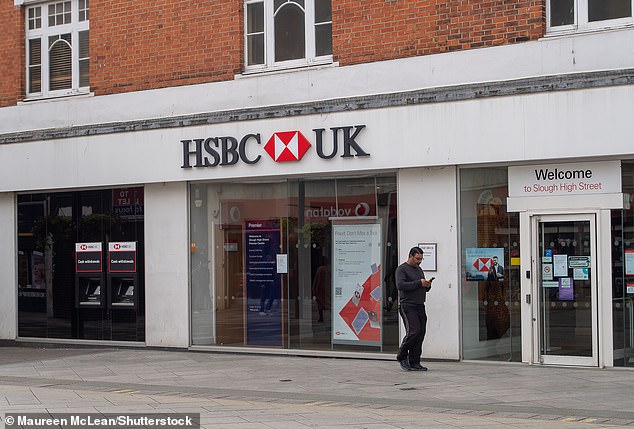 The number of banks on British High Streets has decreased by 8.1 per cent in two years 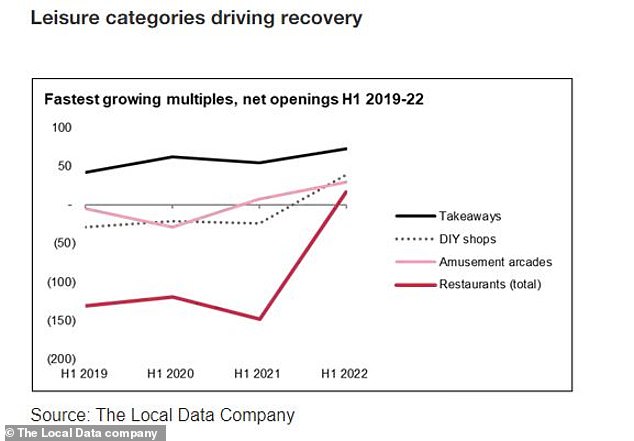 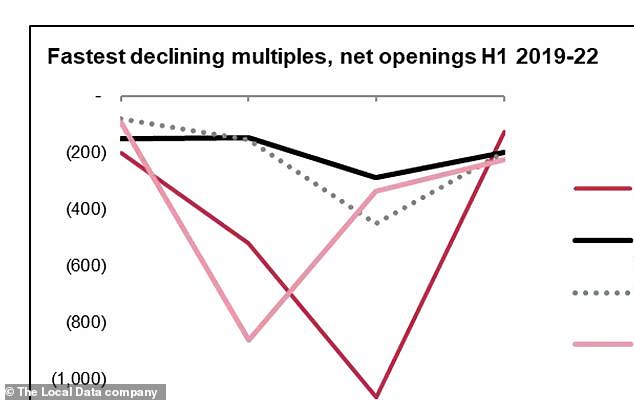 Outside of the leisure sector, the rate of closures has been higher – particularly within the financial industry

The number of store closures rose notably in 2020 due to the lockdowns caused by the pandemic and supply chain issues.

Though in the first half on 2022 store closures dropped to a five-year low – driven by rising demand following the lifting of Covid restrictions.

Data revealed a 30 per cent fall in net closures from last year – namely the number of closures less the number of openings of physical businesses outlets, as opposed to online shops.

The figure fell to 12 per day, the lowest number since 2017, according to a Store Openings and Closures report published by professional services firm PwC. 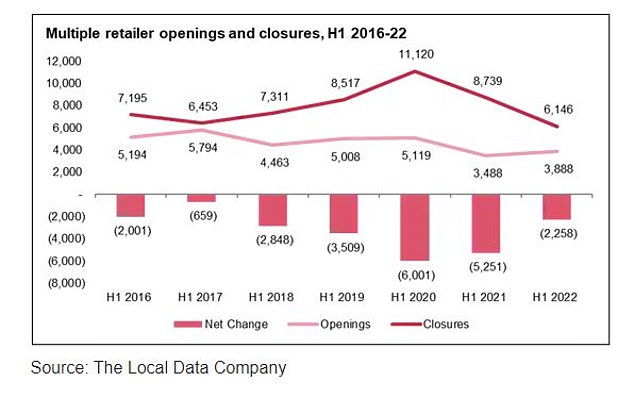 The PwC report found a rise in the number of DIY shops was mainly down to an uptick in homeowners carrying out improvement works.

But outside of the leisure sector, the rate of closures has been higher.

Banks and financial services, for example, saw a net closure of 199 in the first six months of this year, a figure matched by the number of charity shops closing their doors.

Fashion retailers saw 128 net closures, but this number was significantly lower previous years, with 1,063 having closed in the first half of 2021 alone.

The report outlines how closures have been accelerating since the mid 2010s, fuelled largely by a shift to online services.

Covid brought a shakeout of over expanded businesses like restaurant chains or fashion retailers, the report said.

Reality TV star compares being an influencer to…

Seal Beach runoff elections are coming to an end this week –…

If you’re up all night with a newborn, why not try these…

Man Accused of Killing Motorist in Wrong Way Collision near…