NSW Chief Health Officer Kerry Chant has defended contact tracing that led to the health minister being assessed as a COVID-19 casual contact, amid claims he was exposed to an infected colleague at a dinner function.

A parliamentary inquiry on Friday examined the COVID-19 classification of Health Minister Brad Hazzard following a potential exposure on June 22, 2021 at the National Party dinner.

Mr Hazzard has been accused of receiving preferential treatment after avoiding mandatory isolation, despite allegedly having contact with Nationals MP Adam Marshall at the event. Mr Marshall later went COVID-positive.

Under questioning from One Nation MP Mark Latham, (pictured) Dr Kerry Chant told the inquiry that the investigation into virus exposure at parliament house was ‘very thorough’

The inquiry was told of a ‘central contradiction’ between the versions of Mr Hazzard and Mr Marshall on whether they interacted.

Mr Hazzard, the probe was told, informed contact tracers there was no contact while Mr Marshall, in a submission, claims the men conversed at close quarters.

Under questioning from One Nation MP Mark Latham, Dr Chant told the inquiry that the investigation into virus exposure at parliament house was ‘very thorough’.

‘The contact tracing process was a robust one,’ she said.

Dr Chant said she had faith in contact tracers involved in the process, which she noted moved rapidly to assess cases and contacts.

She said ‘extensive analysis’ using interviews and CCTV was undertaken by the team to make their calls.

‘This was an example where there was a lot of work,’ she said.

Former NSW Health contact tracer Jennie Musto said her assessment of Mr Hazzard was that he had no direct contact with Mr Marshall ‘and therefore it was not considered a close contact’. 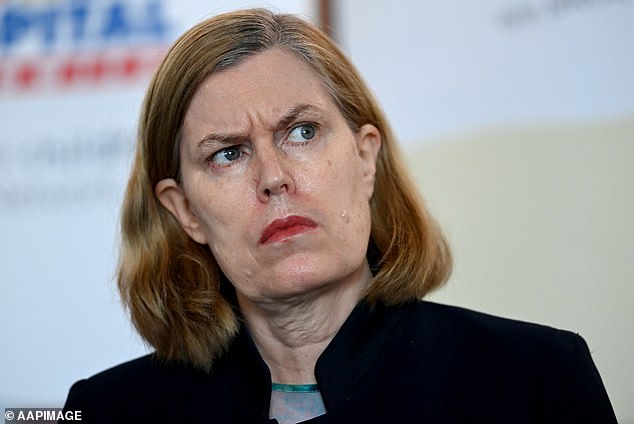 Dr Chant (pictured)  said she had faith in contact tracers involved in the process, which she noted moved rapidly to assess cases and contacts

She rejected giving Mr Hazzard special treatment because he was the health minister saying ‘every single person we contact is treated exactly the same way’.

Earlier, Mr Latham quizzed Pharmacy Guild of Australia NSW branch president David Heffernan, who was also at the event, over his written submission to the inquiry.

In the submission, Mr Heffernan stated he did not recall seeing Mr Hazzard and Mr Marshall ‘talking directly’.

‘Mr Heffernan your account of events … was quite vague and misleading compared to the very clear recollection that Adam Marshall has given this committee,’ Mr Latham put to the witness.

Mr Latham submitted that Mr Hazzard in fact approached the witness Mr Marshall and another pharmacy guild member, Richard Walsh, and interacted with them for ‘several minutes’. 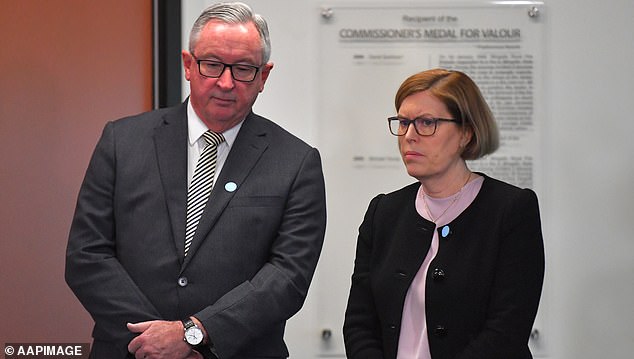 Mr Hazzard (pictured, left with Dr Chant) recently announced he would retire at the March state election after more than three decades in parliament

‘I stand by my statement,’ Mr Heffernan said, rejecting that it was misleading and noting the event was more than a year ago.

Mr Walsh, in his evidence, said he did not recall being part of a conversation involving Mr Hazzard and Mr Marshall.

‘I do not recall a conversation between the four of us,’ he said.

He said he could not rule out Mr Hazzard and Mr Marshall chatting but said, ‘I honestly can’t confirm either way there’, saying everyone was ‘milling around’.

Mr Hazzard recently announced he would retire at the March state election after more than three decades in parliament.

How healthy are YOU? Take this simple test to calculate your…

France has not ruled out sending warplanes to Ukraine, says…