London restaurants are the LOUDEST in Europe, survey shows

New data has revealed that restaurants in London are the noisiest in Europe.

Soundprint, an app that allows users to measure the loudness of venues, has collected data from 1,350 popular London eateries.

In over half of the restaurants tested, noise levels were above 76 decibels – around the same loudness as a lawnmower.

Topping the list as the noisiest restaurant in London was Shack-Fuyu in Covent Garden, with sound levels of 94 decibels.

At the other end of the scale, Four Seasons in Covent Garden was the quietest restaurant, at just 33 decibels.

Topping the list as the noisiest restaurant in London was Shack-Fuyu in Covent Garden, with sound levels of 94 decibels

Soundprint’s data shows that noise levels in London were the highest in Europe and second only to San Francisco worldwide.

Sound is measured in decibels, with a whisper about 30 dB, normal conversation about 60 dB, and a motorcycle running about 95 dB.

During peak times, half of London restaurants tested were found to hit 80 dB, according to Soundprint.

The noisiest restaurants in London

The quietest restaurants in London

According to the Centres for Disease Control and Prevention (CDC), noise above 70 dB over a prolonged period may start to damage your hearing, while noise above 120 dB can cause immediate harm to your ears.

Shack-Fuyu is the loudest restaurant in London according to Soundprint, followed by MEAT LiquorED in Dulwich (94 decibels) and Duck and Rice in Soho (93 decibels).

Other popular restaurants with very loud levels are Katzenjammers in Borough, The  Blues Kitchen in Shoreditch and Rosa’s Thai Cafe in Spitalfields Market. 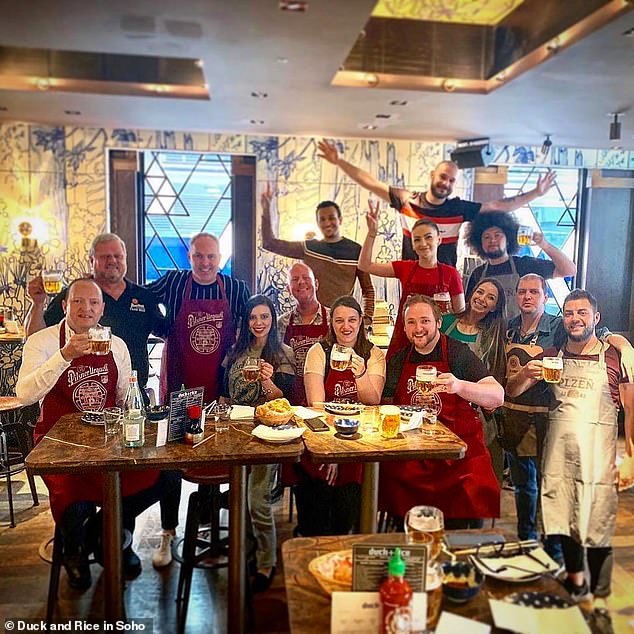 London restaurants are the loudest in Europe, according to a new survey – with more than half of the venues too noisy to hold a conversation. Pictured, diners at the Duck and Rice in Soho 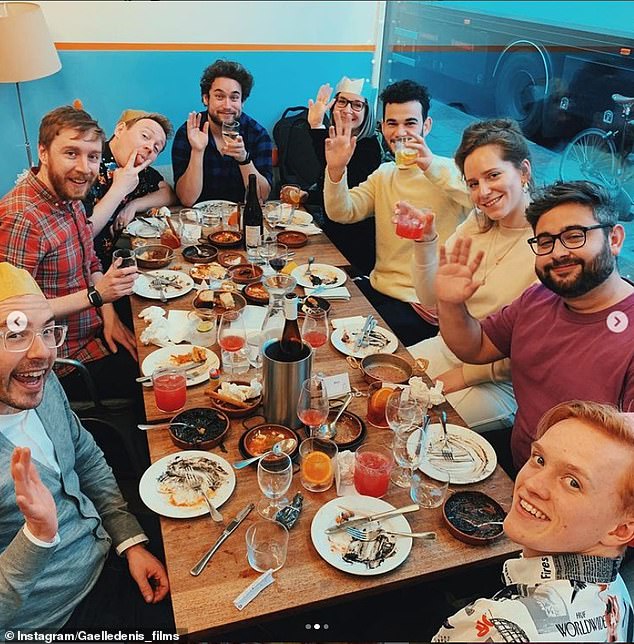 Shak-Fuyu in Soho had a noise level of 94 dBA, Rosa’s Thai Cafe in Spitalfields had 91 dBA and Morito in Hackney (pictured) had 90 dBA, according to the SoundPrint data

Meanwhile, if you’re looking for a quiet spot, the data indicates that you should head for the Four Seasons in Covent Garden, The Bach in Broadway Market, or Pique-Nique in Bermondsey.

Decibels: The measurement of noise

Soundprint was founded by New York-based Gregory Scott, who struggles with hearing loss himself.

Writing on the Soundprint website, he said: ‘SoundPrint allows you to discover the quieter venues in your city.

‘Using the app’s internal decibel meter, you can measure the actual noise level of any venue, which is then submitted to a SoundPrint database that anyone can access to find out if a certain venue is quiet or loud.

‘A database for your city is created and, with each submission, is enriched and becomes more valuable.’

Aside from being irritating, studies have shown that noise pollution can have serious impacts on our health.

In fact, the World Health Organisation (WHO) now lists noise pollution as one of the biggest threats to environmental health in Europe.

‘Excessive noise seriously harms human health and interferes with people’s daily activities at school, at work, at home and during leisure time,’ WHO explains.

‘It can disturb sleep, cause cardiovascular and psychophysiological effects, reduce performance and provoke annoyance responses and changes in social behaviour.’

Earlier this month, climate charity Possible developed interactive maps as part of its Car Free Cities campaign, revealing just how intense noise pollution can be in parts of London, Paris and New York. 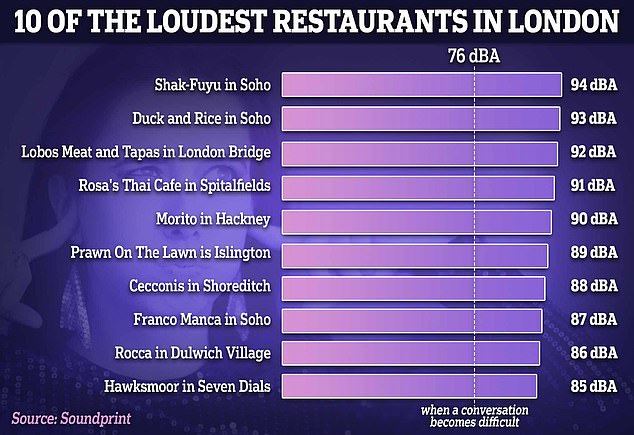 Sound data was collected randomly at 1,350 popular London restaurants for the survey, which showed that in more than half the examples, decibel levels were above 76 dBA, which is considered to be safe for hearing but too loud for a conversation 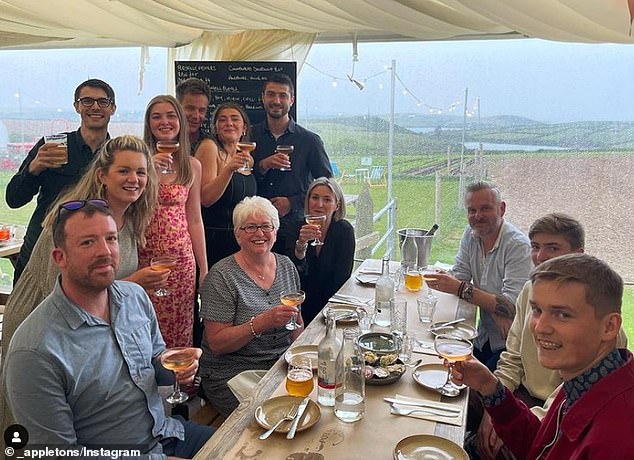 Elsewhere, Prawn On The Lawn (pictured) is Islington went to 89 dBA, Cecconis in Shoreditch reached 88 dBA and Franco Manca in Soho had 87 dBA

‘But the damage London’s traffic noise is having on the health of its residents has been overlooked for too long – with the last noise pollution strategy in London being 2004!

‘Megacities like Paris are showing us up – addressing the issue seriously through proper monitoring and the use of innovative solutions like sound sensors, while taking big strides to reduce car dominance more widely.

‘London urgently needs to take a leaf out of their book, reducing traffic and revamping our soundscape.’

Children in areas with high noise pollution are more likely to be OBESE, study suggests

Children living in areas of the country with higher levels of air pollution, noise and traffic are more likely to be obese, researchers claim.

A study of more than 2,000 children in Sabadell, Spain explored these key environmental factors and their impact on children’s weight.

Forty percent of the children living in the city were overweight or obese at the time of the study, with urban factors including pollution, noise and traffic to blame.

The authors say that by understanding the mechanism of the relationship between an urban environment and childhood obesity can lead to the development of community-led health provisions to promote healthier behaviours in a city.

Meta Clamps Down on Internal Discussion of Roe v. Wade’s…

The week in audio: Homo Sapiens; The LGBT Sport Podcast;…

AZ lawmakers look to vote on final bills before adjournment

The Best Gifts We’ve Ever Received, From Jewelry to…