By James Salmon for the Daily Mail

Women working for some of the world’s biggest miners have been subjected to years of ‘horrifying’ sexual abuse, a landmark inquiry has found.

A bombshell report into Australia’s mining sector uncovered the ‘appalling’ treatment of women at companies including Rio Tinto and BHP, both listed on the stock market in London at the time.

Among the cases it highlights is a woman who testified to the inquiry that she was ‘knocked unconscious in her donga and awoke to find her jeans and underpants around her ankles’.

Outback: Women suffered abuse while working at companies including Rio Tinto and BHP in remote locations of Australia

There were also stories of sex dolls being put in front of women’s dongas – the name given to workers’ huts in mining camps – or hung on their doors.

And the report criticised Rio and BHP for ignoring or overlooking unlawful and criminal behaviour.

The industry has now been urged to set up a sexual offence register to prevent workers fired for harassing and assaulting female colleagues from finding jobs elsewhere.

The report followed a year-long investigation launched after a string of sexual assaults at Fly-In-Fly-Out camps in Western Australia – one of the world’s biggest mining hubs.

Entitled ‘Enough is Enough’, it provides excruciating details of the abuse female workers have been subjected to throughout the male-dominated industry for years – and a ‘culture of cover-up’.

As well as ‘horrifying’ cases of sexual assault, the inquiry said women had reported being subjected to ‘unsolicited and unwelcome attention’, stalking, texting of explicit and lewd material, provocative photo requests and ‘grooming’ of young female apprentices by older male colleagues.

One described a bizarre power-play behaviour known as ‘shovelling’, whereby iron ore would be dumped on the cabs of trucks operated by women if they did not comply with sexual requests.

Another reported driving a truck and almost causing a collision. She was told by the site supervisor that he could make the safety investigation ‘go away’ if she had sex with him.

Truck driver Astacia Stevens told the parliamentary inquiry that she wanted to move from working for a contractor for Rio to working directly for the company, and wearing the company logo on her shirt. But a male superior demanded she have sex with him if she wanted a job with Rio.

One woman described how a male colleague forced his hand down her top numerous times in front of other workers, but no one did anything. 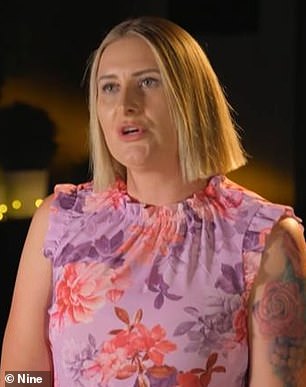 Inquiry chairman Libby Mettam, deputy leader of the Liberal party in Western Australia, paid tribute to the ‘brave women’ who had come forward, and said that while she had expected ‘horrific stories’ would emerge from the investigation, she was ‘shocked and appalled well beyond expectation by the size and depth of the problem’.

She said: ‘To hear the lived reality of the taunts, attacks and targeted violence, the devastation and despair the victims experienced, the threats to or loss of their livelihood that resulted was shattering and it’s completely inexcusable.’

The inquiry by Western Australia’s Community Development and Justice Standing Committee heard how the conditions in mining camps in the outback allowed ‘sexual harassment to thrive in the workplace’.

These conditions included a heavy boozing culture, with workers convening in the camp’s ‘wet mess’ to get drunk after a hard day’s work away from their families. One worker described a culture of ‘what happens at camp, stays at camp’.

The investigation ran for almost a year, receiving nearly 100 submissions and turning the spotlight on some of the biggest mining companies including Rio and BHP.

The parliamentary report made 24 recommendations, which included an ‘industry-wide workers’ register’, modelled on the system in place for those working with children.

What the victims said

‘I was knocked unconscious in my donga. When I awoke my jeans and underpants were around my ankles. I felt sick, ashamed, violated, dirty and very confused.’

‘I had a man force his hands down my top numerous times in front of other workers and no one did anything.’

‘Some mine sites promote a culture of “what happens at camp, stays at camp”. This, coupled with heavy drinking, is a recipe for harassment.’

American Girl Doll Jokes Are All the Rage

ISIS Says Another Leader Has Been Killed

Biden to meet with Prince William and Kate Middleton in…

What’s on Netflix and Amazon this month – December |…