The Offer, Paramount Plus review — entertaining but baggy drama about the making of The Godfather

It’s 1968 and a current of shock runs through a cinema audience as they watch The Planet of the Apes draw to its close. In the audience sits a particularly rapt man. “This is what it’s all about: the excitement, the thrill,” he tells his girlfriend afterwards. “You got 300 people all watching the same thing, reacting in real time . . . you can’t get that experience [with] television.”

There’s something amusingly self-defeating about a scene which highlights the limitations of at-home entertainment featuring in a flagship TV show for a new subscription-based streaming service. A love letter to cinema (perhaps appearing in the wrong medium), The Offer is a 10-part mini-series about the off-camera drama surrounding the attempts to get The Godfather made.

As it extols the power and romance of the movies, the show typifies the kind of storytelling excess that blights series with too many episodes to fill. Throughout the show, we’re repeatedly told how The Godfather condenses the entire story of modern America into one book, one movie. But The Offer clearly lacks that exquisite ability to distil and abbreviate. It takes a fascinating slice of cultural history and turns it into a baggy, digressive “epic” that’s short on craft and subtlety. That said . . . it’s a largely entertaining watch.

The main narrative thread follows the aforementioned cinephile. He’s Al Ruddy (Miles Teller), computer programmer turned sitcom writer, who manages to inveigle himself into a job as a producer at an ailing Paramount in 1969 using a surfeit of conviction and chutzpah. After a run of flops, the studio has picked up the option for Mario Puzo’s best-selling crime saga. Gangster films are now seen as the box office equivalent of cement shoes, which leaves Ruddy and the studio head Bob Evans (a deliciously raffish Matthew Goode) with a fight to convince the moneymen at the top to greenlight the project.

If only it were so simple. It appears that the New York mafia — and their friend, Frank Sinatra — aren’t too pleased with the way they believe they’ve been characterised in Puzo’s novel. The so-called Italian-American Civil Rights League, spearheaded by boss Joe Colombo (Giovanni Ribisi sporting a ludicrous vocal affectation), makes it its mission to ensure that The Godfather film adaptation sleeps with the fishes. 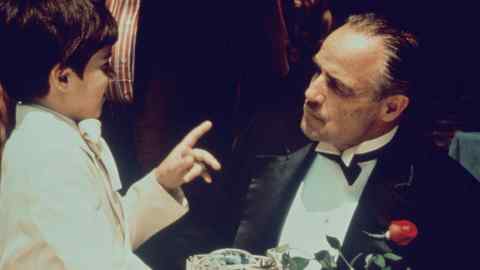 While the protracted dramatisation may draw you out, there are enough strong moments to pull you back in — many of them involving Puzo (Patrick Gallo) collaborating with director Francis Ford Coppola (Dan Fogler). There’s a real pleasure in seeing their vision for the greatest movie of all time come together as they bicker about how to cook a stew or who ate the last bit of ham. It’s these scenes that fans of the film will relish, rather than the heavy-handed conversations covering what it’s about and why it’s so meaningful. When it misses, the show risks convincing viewers to switch on The Godfather instead.

On Paramount Plus and via Sky platforms from June 22

Without a proper plan, stagflation will be the least of Britain’s problems | Larry Elliott

EU hammering out cryptocurrency regulations that could set…

Mon Confiado is a metrosexual fashion designer in ‘Ang…

What time and TV Channel is Limerick v Galway? Kick-off…

The Real and the Romantic — English art in the interwar…