Harry Kane ‘looked despondent towards the end’ of Chelsea thrashing and knows Spurs aren’t going to challenge for the top four this season, claims Gary Neville

By Jeorge Bird For Mailonline

Gary Neville believes Harry Kane will be thinking that Tottenham won’t be able to get into the top four following their 3-0 defeat to Chelsea.

Kane cut a frustrated figure as Tottenham were beaten on Sunday and Neville feels that the striker will be hugely concerned about his prospects of winning silverware with the club.

The 28-year-old was heavily linked with a move to Manchester City during the summer transfer window but he ended up staying at Tottenham and Neville hinted that Kane isn’t connecting well with his team-mates.

Speaking on his Sky Sports podcast, Neville said: ‘It’s never easy when a player wants to leave your club and everyone in the ground and in the dressing room knows that he wants to leave. Things aren’t going well. We had the stat at Crystal Palace where he’d played his first 90 minutes without a touch in the opposition box or a shot on target. Little things like that start to ring before the game.

‘There were alarm bells and now there will be further questions as he looked despondent towards the end. He was playing against a very good team and he’s been part of a Tottenham team in this situation for a number of years.’ 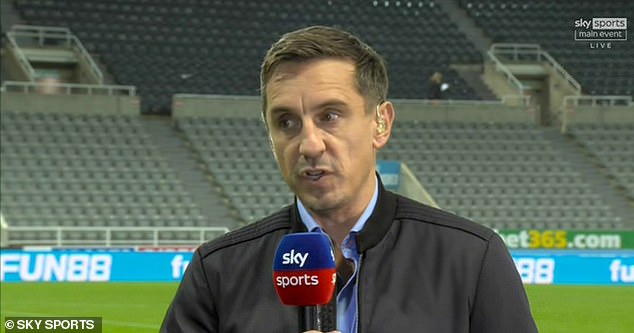 Despite his undoubted quality, Kane is still awaiting his first trophy and the prospect of winning the Premier League with Tottenham seems rather remote.

Kane has often started seasons slowly and he has yet to score in the Premier League this campaign.

However, given the quality he possesses, it is widely expected that he will be able to start scoring again with regularity soon. 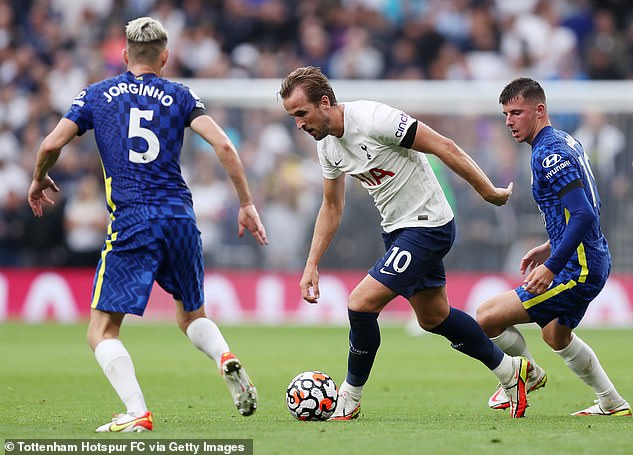 Tottenham commenced the campaign with three 1-0 victories in succession, which included them beating Manchester City.

However, since then matters have taken a turn for the worse as they were beaten 3-0 by Crystal Palace before losing by the same scoreline against Chelsea.

Thiago Silva, N’Golo Kante and Antonio Rudiger all scored as Thomas Tuchel’s side took all three points at the Tottenham Hotspur Stadium.

Kane and Tottenham will be looking to bounce back in Sunday’s north London derby away to Arsenal.

The bar that’s the real star of Art Basel

76ers suspend Ben Simmons for a game after ‘detrimental’ conduct

Nathan Chen says he has grown since disappointing Pyeongchang Games

Procter & Gamble Uses Its Size to Lessen Impact of…

Robot cats mobilised in Japan to reduce staff shortages and…

UK Is Monitoring ‘Delta Plus’ Mutation

He’s a poet and the FBI know it: how John Giorno’s…