In 2009, Paul Volcker, former chair of the US Federal Reserve, berated financiers by saying that the only useful financial innovation in recent decades was the ATM cash dispenser.

This has not deterred Robin Wigglesworth. In Trillions he makes a spirited case for why index funds, the financial product of choice for millions of investors, merit an exception. These low-cost means of tracking markets have democratised investing, revolutionised financial structures and perhaps even changed capitalism. Today almost a quarter of professionally managed funds — some $26tn — is invested on an index basis.

“The history of investing is essentially a chronicle of code-breaking,” argues the FT’s global finance correspondent, adding that “not all revolutions are bloody takeovers on a day in May. Some creep up slowly.” So he starts several decades before the first index funds were launched in the early 1970s with the academics who forged the underpinnings of a diversified portfolio and index construction, well before we meet the heroes.

With well-researched accumulation of one story after another, Wigglesworth brings to life how all aspects of investing have been transformed by indexation. We read of the anxiety, obsessiveness and isolation of those on a mission to launch a new way of investing. And he goes on to capture how the scrappy revolutionaries have had to adapt as they became the new ruling class.

The book’s thesis is that indexation has “saved investors hundreds of billions of dollars, sums that will undoubtedly reach trillions”. Fees on index funds and exchange traded funds are often less than those of active portfolios. And yet, this is only part of the picture.

My guiding view has been that the investment industry would polarise into a barbell shape. At one end, investors would flock to cheap passive index funds. At the other, they would seek higher returns in private equity, hedge funds and other specialised strategies. While it is true investors have saved billions via index funds, they have spent almost all the fees they freed up on higher-yielding strategies instead — so, overall, average fees haven’t changed nearly as much.

Wigglesworth employs Homeric epithets to anchor characters in our mind

Like a Russian novel, there are dozens of characters, so Wigglesworth employs Homeric epithets to anchor characters in our mind. So many of these involved hair and spectacles — Elliott founder Paul Singer is “trim, silver-haired, bearded and bespectacled”; BlackRock co-founder Susan Wagner is “bang-haired” — that I began to wonder if this was because much of the research was done on pandemic Zoom calls.

Many of their tales are already well told. But Wigglesworth manages to bring life to even well raked-over events, such as the boardroom bust-up that led to the birth of Vanguard or BlackRock’s “deal of the decade” acquisition of Barclays index fund unit BGI in 2009, sold to raise cash during the financial crisis. That this unit is now worth more than the whole of Barclays must be particularly galling, he observes.

In some respects, Trillions is a history of a transformation that is by no means over. This is a hard thing to pull off, not least as index investing has become so mainstream. So the issues he confronts in later chapters are broad market issues and not yet settled. He is a little too harsh on how companies are seeking to address the conundrums of how index firms should cast their votes as shareholders and try to play a meaningful role in corporate governance, as the recent case of shareholder activism at Exxon illustrated. 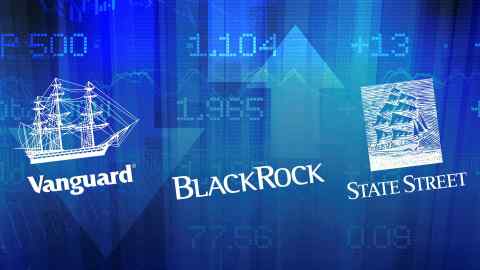 There are other issues I wish this first-rate book would have touched on. Despite this being a history of index funds, there is nothing on firms that set the indices themselves, such as MSCI or Standard & Poor’s. Given these have been even more successful — and valuable — than index managers, this seems amiss. Also, why are there so few women portrayed in the book? I would like to know why there weren’t more and what the impact might have been if there were.

We are living through an investment revolution as technology continues to transform how we invest. For those interested in understanding this better, Trillions is a book they should read.

Huw van Steenis is senior adviser to the CEO of UBS

Why Immunity Is the New Buzzword in Food. Even Cheese Balls

12 Ways To Sneak In Mental Health Breaks Throughout Your Day

Wreck of One of America’s Most Storied Ships Found

State Employees in California Are Skipping Out on…

Zuckerberg Fires Back in Announcing $9B Earnings

Neo-Nazis And Extremists Face Justice As Civil Trial Over…