A 23-year-old entrepreneur says you don’t need to ‘reinvent the wheel’ to make hundreds of thousands of dollars after he dropped out of university and started a thriving business.

In 2020, George took over the family business, Windsor Furniture, to support his mum and sister when his father died of cancer at age 70.

He soon saw a gap in the market for high-end makeup mirrors and launched his own brand Zene Mirrors the same year.

‘Dad was always the “bread provider” of the family and he taught me everything I knew about running a business,’ he told FEMAIL.

George said he felt the pressure to succeed because he knew he had to provide for his mother and sister.

‘I was constantly thinking about it and how I needed the business to take off because it doesn’t just affect me, it affects my family,’ he said.

A young entrepreneur decided to sell reusable makeup wipes (pictured), despite the market already being saturated with similar products. But the risk paid off and the brand turned over $300,000 in just six months 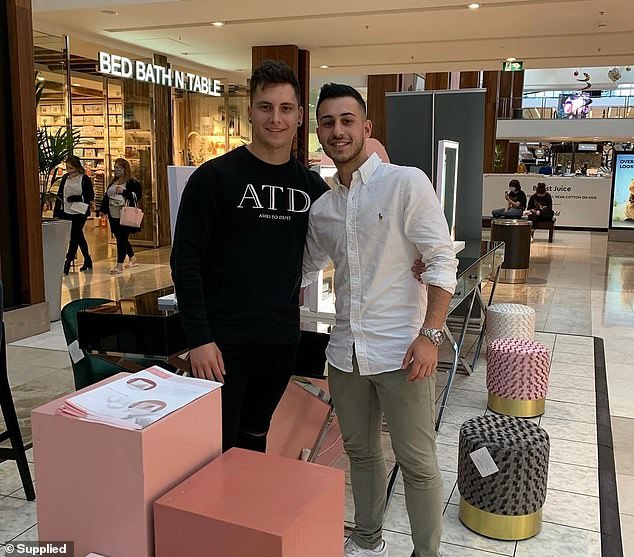 Last year George shifted his attention to the reusable makeup remover wipes and is already stocked in 500 pharmacies.

‘We initially released the mirrors that focused heavily on helping with makeup application, but then we then wanted to shift our focus on the end of the night assisting the makeup removal in the easiest and most practical way possible,’ George said.

‘I thought why not come up with more accessories to the mirror? And the idea sparked for makeup wipes, but I also wanted them to be sustainable.’

With an already saturated market full of similar products, George and his team specially designed with a ‘pineapple-like pattern’ on the beauty item.

He says the unique design helps the microfibre material ‘penetrate deeper into the pores’ and ‘remove stubborn makeup easily’.

The eco-friendly wipes can be used up to 500 times before needing to be replaced. 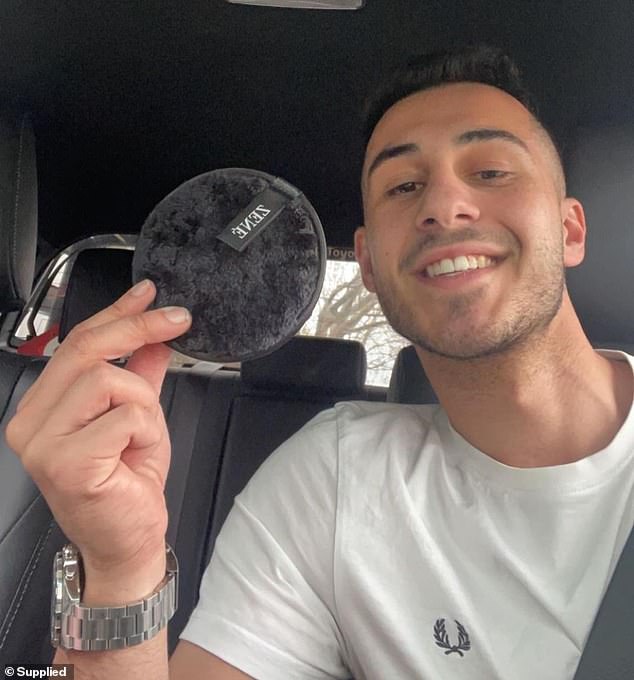 ‘We initially released the mirrors that focused heavily on helping with makeup application, but then we then wanted to shift our focus on the end of the night assisting the makeup removal in the easiest and most practical way possible,’ George (pictured) told FEMAIL 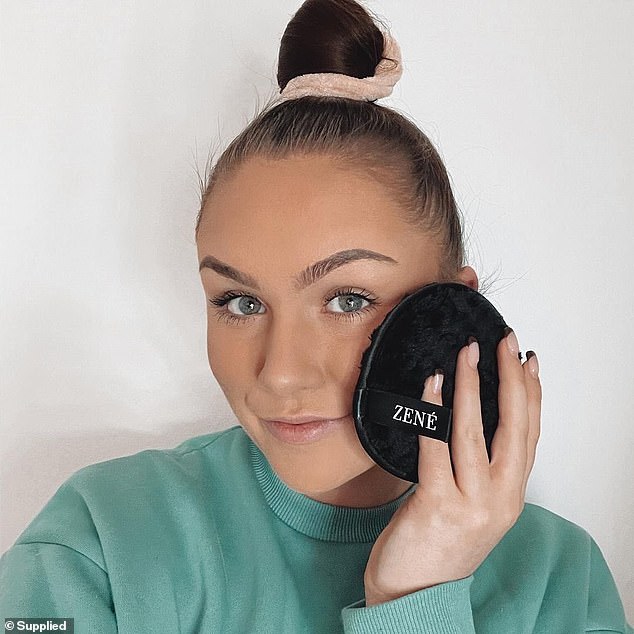 ‘The specially designed pattern really shocks our users for how easily our wipes remove even the most stubborn of makeup. All it takes is a couple of wipes – for even the most heavy eye makeup,’ George said.

The brand also focuses on giving back to women’s health, donating $1 from every item sold to The National Breast Cancer Foundation.

Since launching the wipes George has rebranded his company to ‘Zené’, which now has more than 17,000 followers on Instagram. 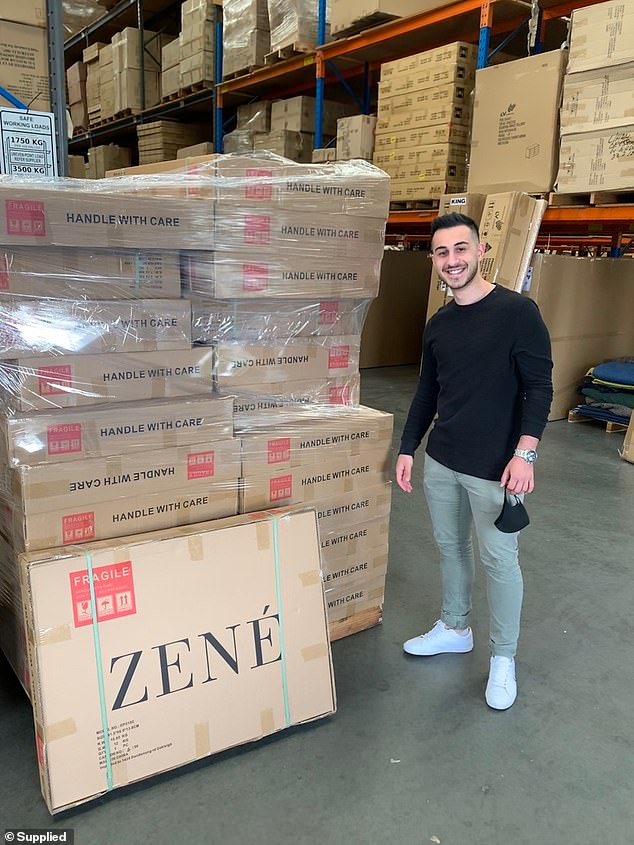 To kickstart the business in 2020 George decided to sell his dad’s commodore ute and invest the $15,000 he received from the sale 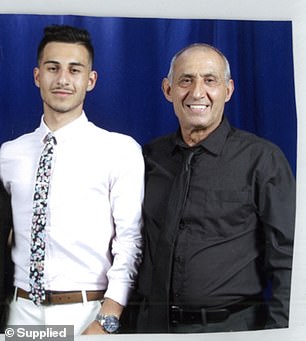 Before his father’s death, George deferred from studying construction management at university to learn about the family business for 18 months.

After taking control of the company he discovered the furniture store was functioning at a ‘massive loss’ – a small detail his father kept to himself.

‘That’s when the stress started because Covid-19 had hit Australia and we weren’t sure how it would impact our small business,’ he said.

George said the business was selling ‘nothing’ during lockdown because customers preferred to come in store and feel the furniture rather than buy online.

To link furniture and e-commerce together he decided vanity makeup mirrors would be the best option to sell when launching his new brand. 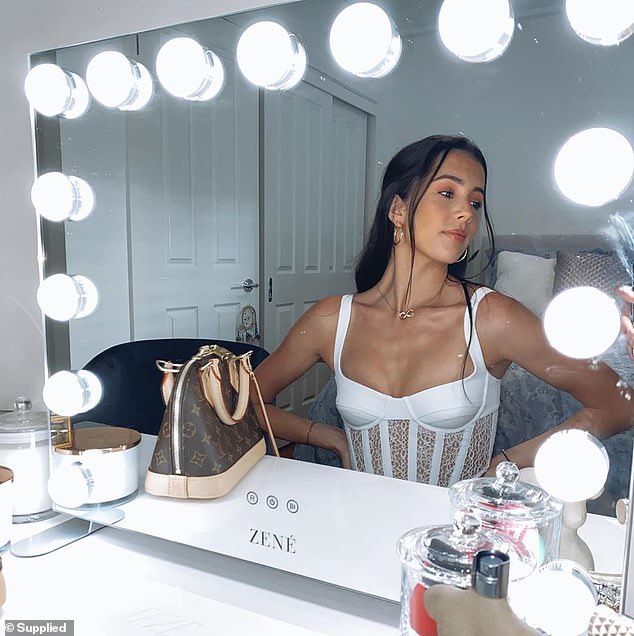 Since launching the wipes George has rebranding to ‘Zené’ and the brand has gained a following of more than 17,000 followers on Instagram

George said he has always wanted to start an e-commerce business but wasn’t sure where to begin.

Based on his experience working at the store, he knew mirrors were a desired item that didn’t need to be seen or touched before buying.

‘Customers often like to inspect how mattresses and couches feel before buying them, but they don’t need to do this with mirrors,’ George said. 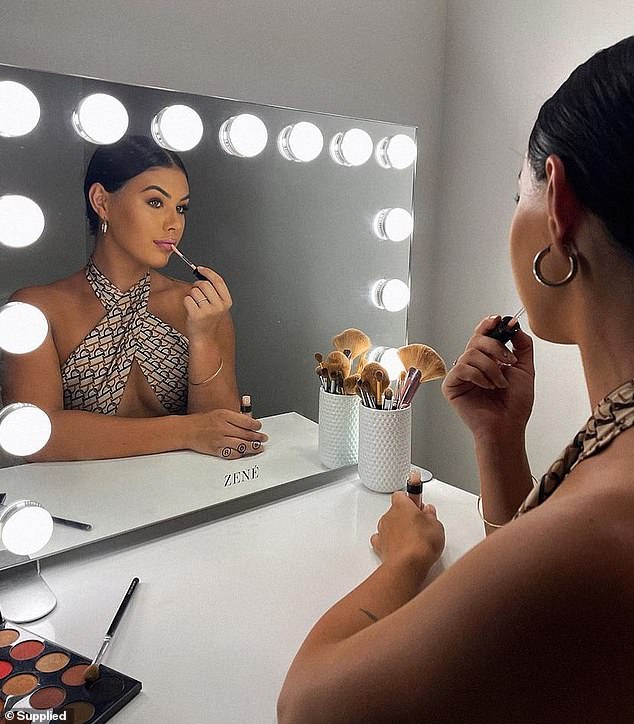 The lush vanity makeup mirrors made $90,000 in the first three months and in six months George opened a pop-up store in the Westfield Doncaster Shopping Centre in Melbourne 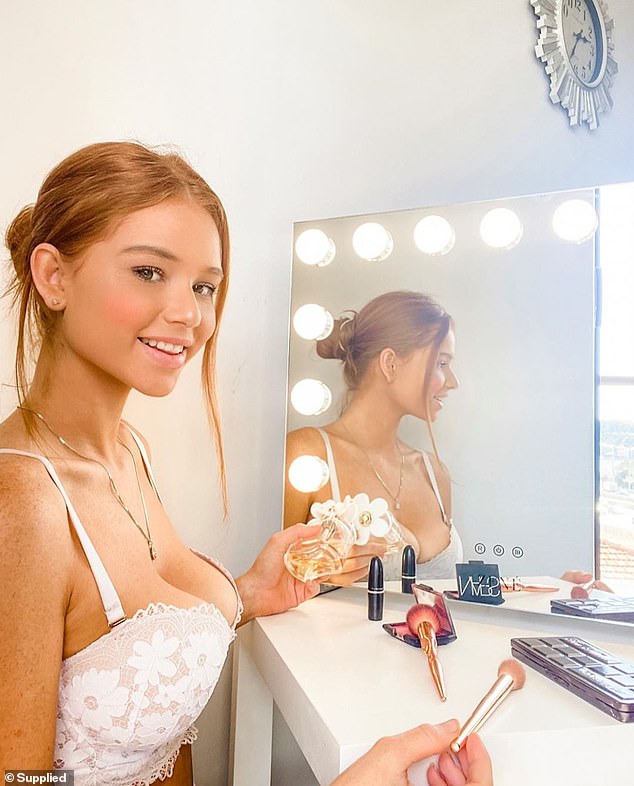 But the business wasn’t an overnight success as George put all his effort into the brand, working seven days a week and often 12 hours each day.

George said he now begins his day at 7.30am focusing on his father’s business, then from 2.30pm to 7.30pm he shifts his focus to Zene Mirrors.

Despite working long hours, he is inspired by his dad who worked seven days a week for 20 years.

How healthy are YOU? Take this simple test to calculate your…

France has not ruled out sending warplanes to Ukraine, says…